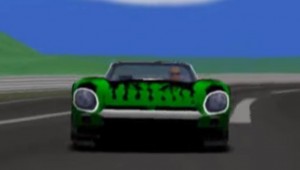 NIU-Torcs is an example of a college-level mathematics game that allows for deeper learning within the game. Brianno Coller and colleagues developed the game through an NSF grant to help their mechanical engineering students learn numerical methods (Coller & Scott 2009). Students begin the game by learning how to code acceleration and steering using the programming language C++.  They then move to making the car move fast without skidding off the road, by calculating numerical roots, solving systems of linear equations, and doing curve fitting and simple optimization. The authors report that students are motivated to keep trying far more than when given these types of problems as meaningless homework exercises. Concept maps produced by the students in both the game-based and traditional classes showed that although measures of low-level knowledge were statistically identical, students in the game-based class had much greater levels of deep thinking, which included being able to compare and contrast methods and link concepts together.  In addition, student attitudes about the class had changed – they were more engaged, and more able to recognize the value of the mathematics they were doing.