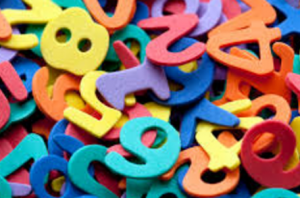 A simple game for learning base systems illustrates many of the connections between game based learning and other pedagogies. This game can be played in a liberal arts or mathematics for elementary education class. The game is a variant of Bizz Buzz, often played as a drinking game.

This is a base 5 counting game, with 105, or 5, represented by bizz, and 1005, or 25, represented by buzz. The game typically engenders much laughter as students who are not quite paying attention say 5 instead of bizz, or bizz instead of buzz. Students help each other to say the right word, “Say bizz!” they call out to the confused fifth person. But the game is not too hard, and soon everyone gets the hang of it.

Explicit connections can then be made between the game and the notation for base 5. For example, the seventh person is bizz + two = 125 in base 5. The connection can also be made to base 5 manipulatives — units, 5-unit rods, and 25-unit squares.

The game can later be played in a different base, to extend the difficulty level and to deepen understanding. I like to ask my students “how would you play this in base 7?” and they can quickly come up with the new rules.